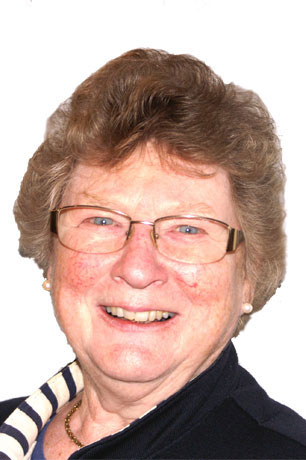 Mary Jenks was born in Kidderminster and grew up in Droitwich. When the idea of a hospice for Worcestershire was first raised, Mary went along to find out more and became a volunteer working in Jenny Bulman’s house in Droitwich but she had to give this up because she became a magistrate. By the late 1980s, Mary was at a point in her life when she needed a part time job, and discovered there was one going at St Richard’s, which had now moved to Castle Street. Mary started as secretary to fundraiser Liz Bevan, but soon swapped roles to become Volunteer Coordinator, a job which she held for the next 15 years. Mary loved her job and by all accounts, was a pivotal person during this period. Always calm but determined, she recruited, trained and looked after about 250 volunteers at any one time and says there was rarely a day when she couldn’t find a volunteer when one was needed, even at very short notice.